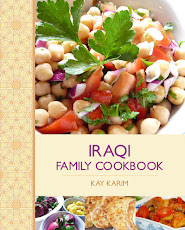 Kubbat potato is an appetizer or finger food that is very popular as a street food, and served as a heavy mazza in restaurants and at home. We also serve it as a snack for our guests and sometimes we prepare it for a picnic.
I used potato ricer that works best for this recipe. 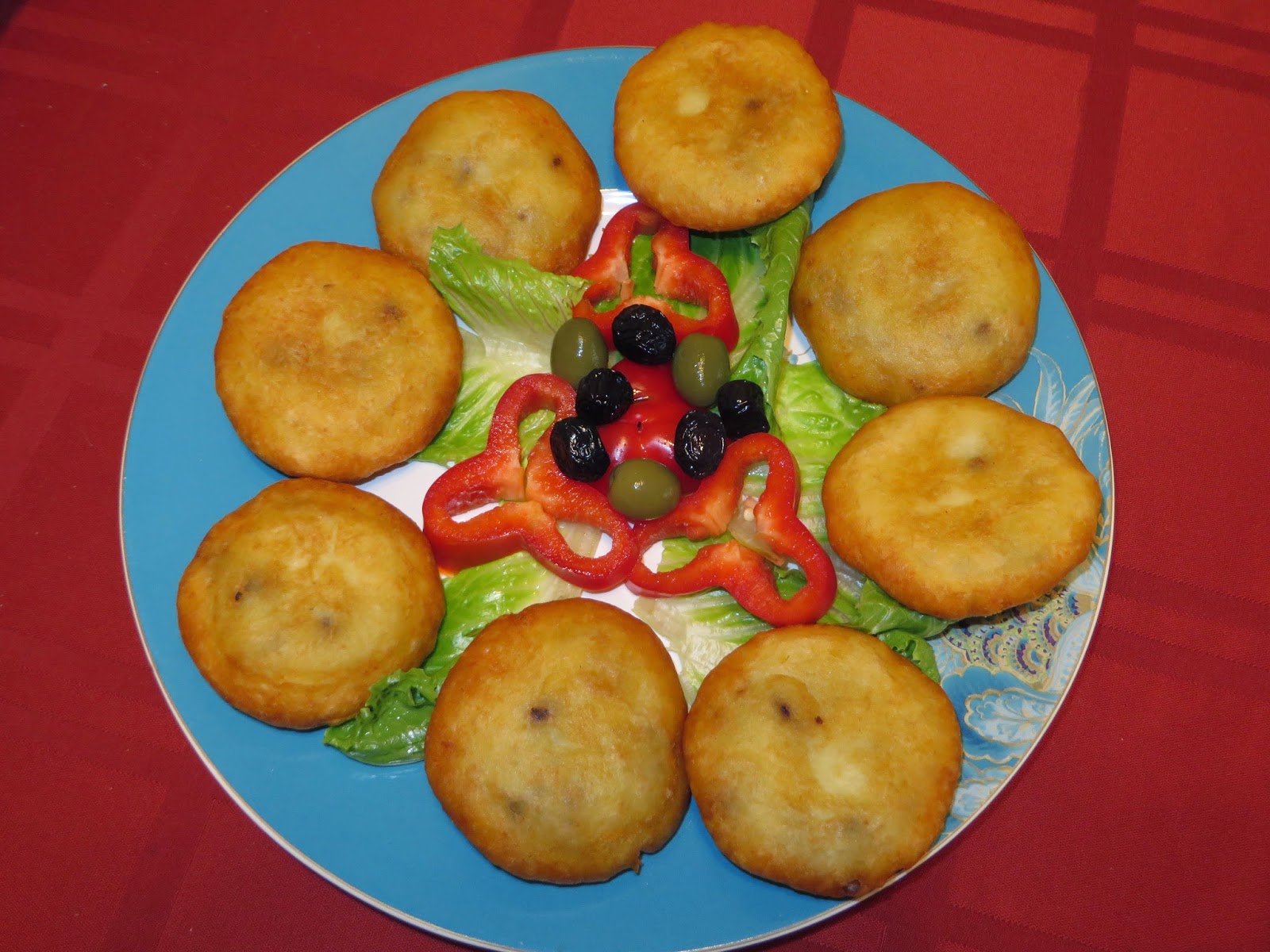 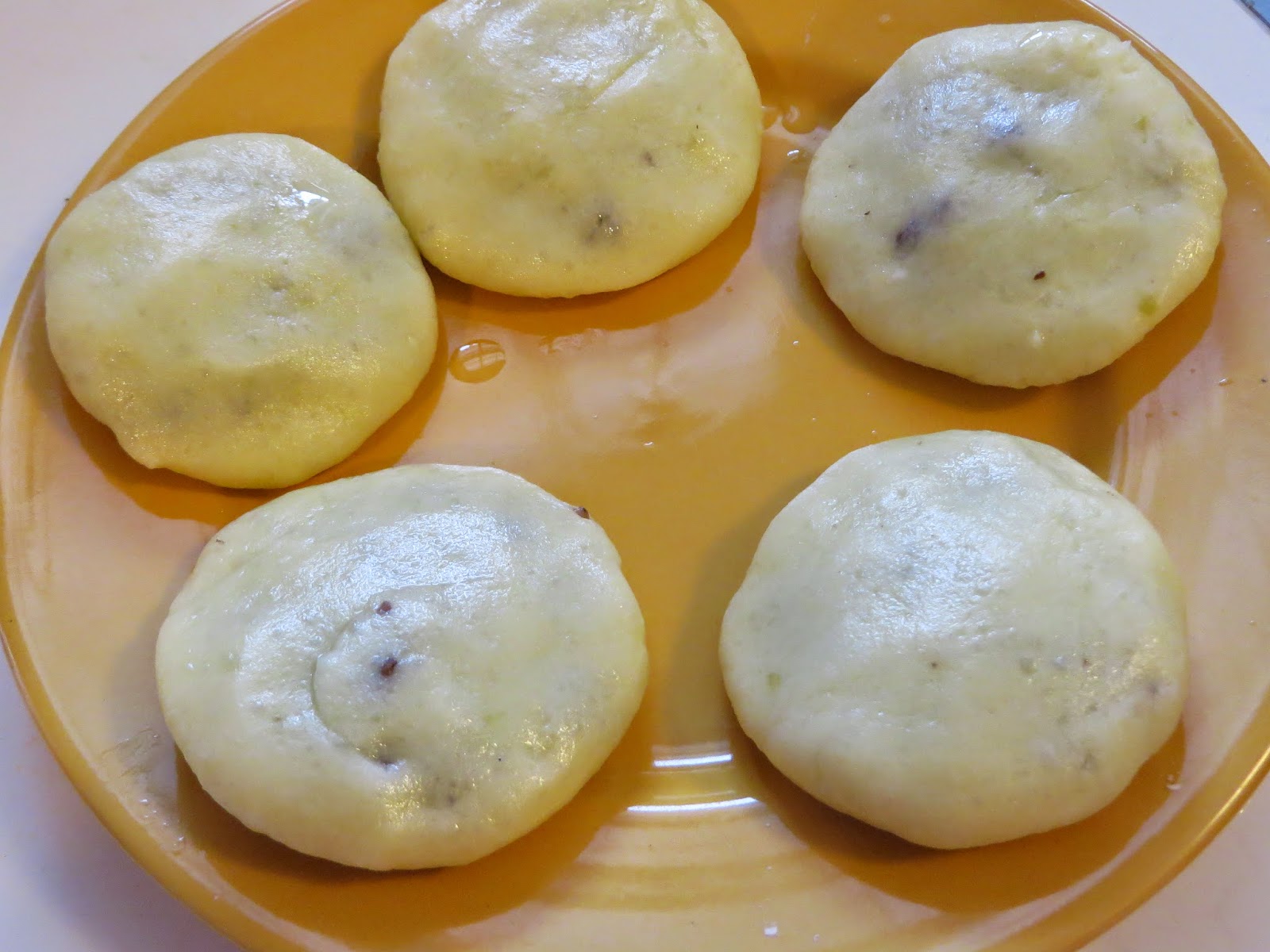 Makes 14 discs
3 large baking potatoes
1 egg
1 teaspoon salt
3 tablespoons cornstarch
Vegetable oil for frying
Filling:
1 tablespoon vegetable oil
1/2 pound ground beef or lamb
1/2 cup onion,chopped
1 teaspoon salt
1 teaspoon mixed spices, Syrian spice or seven spices
1/2 cup chopped parsley
Put the potatoes in a pot. Add water to cover. Add 1/2 teaspoon of salt. Bring to a boil.
When the potatoes are cooked, remove from the pot and put aside to cool. Peel the potatoes and cut each in a half.
Mash the potatoes using the potato masher or ricer. When all mashed in a bowl, add the egg, salt and cornstarch. Mix by hand or a wooden spoon to combine.
Prepare the filling ahead to cool before filling the potato. Heat oil in a pan and sauté the onions until soft. Add the meat, salt, and spices and stir. When meat is cooked, set a side to cool. Add the chopped parsley and stir..
Now you are ready to assemble the potato kibbi. Take a small portion of the potato,the size of an egg. Dip your fingers in vegetable oil and roll the potato at make a ball. Make a hole in the middle and stuff the potato with one teaspoon of the meat filling.. Close it and pat it to make a disk.arrange on a plate.
Heat oil in a frying pan. Slide the disks in oil. When it gets toasty, flip the disks to the other side. Remove from  pan and place on a paper towel to absorb the oil. .
When cool, arrange the disks in plastic container for later use.When, ready to serve, arrange the potato  disks on a baking tray and heat in the oven for 15 minutes at 350 degrees F.
You can freeze these disks before frying, but I prefer to fry them, freeze them and reheat them when ready to serve.
enjoy

Posted by Unknown at 3:10 PM No comments: